It takes two to tango and in OOH advertising, while demographics are the hygiene sails, the economic factors steer the advertising economy. 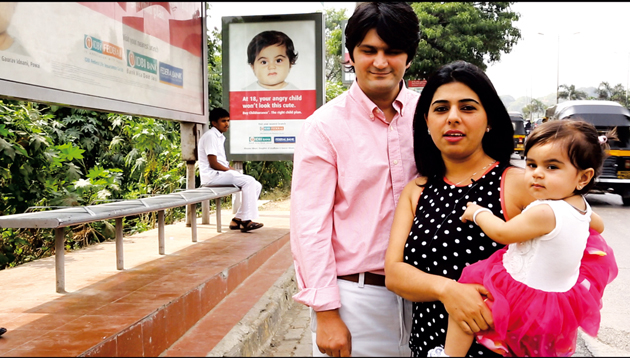 The key to a man's heart is through his stomach and to know his stomach you must know the preferences on his mind. Demographics tell us the ingredients to be put in the recipe wherein the psychographics reveal the behavioural statements that help us yard and profile the palate of our audience. The consumer today is one who likes to be'seen doing things' on social media. (S)He is tech-savvy, young, resides in urban metros and is always in transit. It is the age of gratification which has made integration with mobile and digital an essential for any campaign to be'seen' as successful. 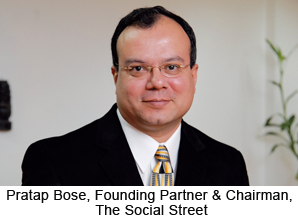 As an example, the IDBI Child Insurance campaign helped IDBI increase its awareness through the dual power of outdoor creative and activation.'The Cutest Baby Angry' contest was integrated across multiple platforms like malls, IDBI's microsite and social media. Consumers had to make their child frown in a innovative crowd sourced campaign that finally got them featured on an OOH location close to their home.

The baby was an umbrella icon that identified not just with the protective dads who think about the future of their child but mobilised any person who like cute kids. Evoke, excite and engage was the go-to mantra. Owing to the reducing attention span of today's screenager, minimal text was used. Leveraging the pride a parent feels when their infant is featured on public forum, the contest helped establish a sense of community.

In terms of formats, electronic LED Billboards, mobile displays, roll ups, vehicle wraps, skywalks, building wraps, flyover panels and interactive screens are changing the trends in Indian OOH advertising in a massive way. Billboards and bus shelters still lead the pack for producing impact between competing brands. Thanks to'Acche Din' and the consumers who are growing economically, metros and airports are the new upcoming hubs for sexy OOH consumptions.

As per TGI Wave II (2015-16), for OOH Advertising, Delhi has a reach of 8% followed by Mumbai at 6% and Kolkata at 4%. This is correlated by the fact that these cities house targeted consumers who reside in urban metros due to migration, jobs and higher education. 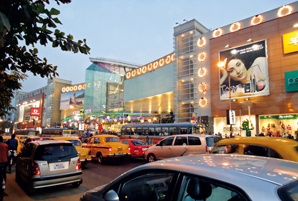 Economic factors like development in infrastructure such as roads, railways, airports are likely to increase the share of digital screens not only in metros but also in Tier II and Tier III cities. The recently announced 24 smart cities are likely to give this OOH a much needed impetus in the next 5 years.

In the Railway Budget 2016-17, the railway minister announced SMART (Specially Modified Aesthetic Refreshing Travel) Coaches with LED lit boards and a high-tech centralized network of 20,000 screens across 2000 stations that unlock huge advertising potential for OOH. The railways advertising target to achieve 4 times the revenue of 2015-16 promises an exciting time ahead of us.

The Airports Authority of India (AAI) has plans to functionalise almost 50 airports over the next 10 years. Road projects worth million a year are to be constructed out of which 1% will be spent on tree plantation along national highways. These infrastructural developments offer bountiful to jump the bandwagon and expect to grow at more than the industry expectation of 11%.

Secondly, technology is changing how OOH planning systems are integrating with data sources including mobile, online browsing and shopper purchase records. The advertisers can utilise OOH equipped with NFC chips to target micro-specific segments on the move. For instance, election campaigns can tap into first-party polling and location data to target constituents in real-time. 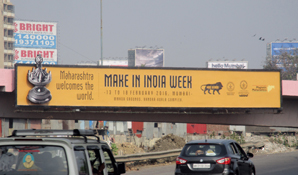 Thirdly, Government initiatives like Digital India, StartUp India, Make in India, Skill India has made OOH a popular choice among MSMEs, start-ups, e-commerce and real estate ventures which are among our top 10 category spenders in OOH (2015).

An emerging economy coupled with a budding infrastructure like railways, roads and highways, supportive government and state of the art technology paves a new beacon of light and has put the ball in our court. It definitely helps balance out the bitter pinch felt with the service tax being raised to 15% from June 2016. It takes two to tango and in OOH advertising, while demographics are the hygiene sails, the economic factors steer the advertising economy. The one who has the best of the both worlds shall be able to ensue some method to the madness that OOH is.