Being Human edify values through OOH

The brand's new outdoor campaign developed by advertising agency Pulp, features various values of life to endorse Being Human's flagship store in Mumbai. Outdoor Asia chats with Gautam Kohli, Founder of Pulp, to understand the depth of the campaign. 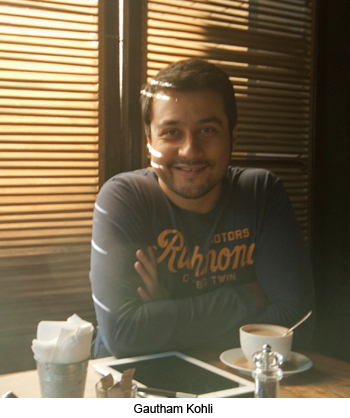 Being Human's new outdoor campaign fairly proves that creativity doesn't always require tough brainstorming sessions, technicalities or well-built briefs. Gautam Kohli, Founder of Pulp, shares his views on how a simple yet catchy campaign can be crafted through our daily life practices also. 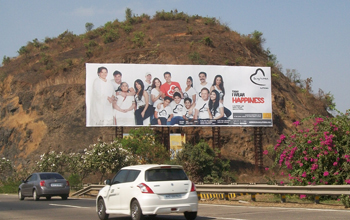 Q) What was the brief given to you from Being Human?
Mandhana Industries ltd., one of the leading manufacturers of garments in India and Salman Khan's Being Human Foundation, wanted to implement a creative method to highlight what Being Human Clothing is all about and create awareness about the launch an entire clothing line.
Q) What was the role of the OOH medium?
Outdoor is a very effective and impactful medium in Mumbai. Even at the presentation stage, great emphasis was put in for planning for an outdoor campaign.
Q) The creative saw different relations/emotions. How was the creative ideated?
While a friend and I were practicing yoga after jogging on the promenade on Carter Road, we bumped in to Mr. Salim Khan. He told us we were not doing the yoga poses properly and instructed us on the correct technique. Yoga had helped him heal his previously bad back and had vastly enhanced his overall health. Amongst the other enriching stories he told us, what touched me the most was his honest and sincere opinion that planting trees across the promenade on Carter Road mattered more or as much as the golden jubilee his films did. His practical and wholesome approach to life inspired us to think of an ethic-driven campaign. 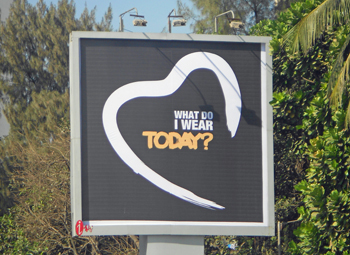 Q) What was the thought process behind'I wear' as the prime line of the campaign?
The thought process behind'I wear' was simple. If you could wear values, what values would you wear? Hope, Unity, Compassion, etc. were all appropriate values because they capture the essence of humanity and what Being Human does.
Q) What were the challenges you faced while ideating the campaign? How were they tackled?
The main challenge Pulp faced was coming up with a persuasive and intriguing way to promote Being Human's core values. This is because Being Human is unlike any other clothing brand in India. Finding a way to communicate that message required us to think far outside the box. A second problem was that people thought Being Human was a T-shirt clothing brand being sold out of other stores. We wanted to communicate to the public that Being Human was a big brand by itself with its own stores and a whole line of clothes.
Q) What has been the impact of this campaign?
The campaign's impact has resulted in a drastic increase in sales and more people than ever are aware of Being Human clothing. The added revenue and publicity will make a tremendous difference in the lives of the underprivileged.
Q) Last Words!
We are grateful to Mandhana Industries, Vivek & Reshma from Matrix team, Alvira Agnihotri, Salman Khan and his entire family. This campaign would have been impossible to make without their understanding and open-minded support.
Tags : Being Human Pulp Gautam Kohli
Advertisement