Login
Home » Viewpoints » ‘BBMP must lift the ban on hoardings’

‘BBMP must lift the ban on hoardings’

V.B Shivakumar, Advocate and Solicitor, VBS Law Inc, shares some insights with regard to the grounds on which the industry contests the BBMP ban 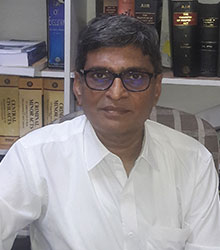 What is the crux of the issue that the BBMP is raising and what is the industry’s stand on it?

The main issue raised by the government of Karnataka was to do with visibility as the possibility of drivers getting distracted was a major concern. But till date there has been no record of accidents happening due to this. All these displays were scientifically measured and the distance and the angles were in compliance with the advertisement bylaws 2006. On the basis of this, the sketches were submitted, which were similar to the ones proposed in Mumbai, Kolkata, or Hyderabad. The displays showcased were the ones that posed minimal distraction to drivers.

Also, it has been learnt that the new policy on “Outdoor Signage and Public Messaging Bylaws 2018” does not allow flex. The grievance of the BBMP is that the media owners have been using flex as a biodegradable material. The materials that are being used in flex clog the drainage pipelines causing rainwater to be stagnated. There are other environmental issues. Now under the pollution rules, there are no biodegradable materials available. Cloth takes only 28 days to degrade, but then it takes a lot of time when it has been painted and becomes expensive. So unaffordability permits recycling of flexes. The user of the flex can recycle or sell it to another buyer. For a smoother process, the contract can be a tripartite agreement between the Corporation, the outdoor advertisement agency and the seller of the flex, wherein there is greater transparency regarding the sellers and the recycling agency’s identity. Also, the Pollution Control Board should be involved as well in granting licenses to the agencies involved. These precautionary measures can ensure that the business can run smoothly.

Finally, there is the issue regarding that the PPP model. The understanding is that in the PPP model, the Corporation property shall be given on lease to the media owners. But political interference mars the transparency and smooth processes of the tenders in the PPP model.

The agencies participating in the PPP model will have to follow the existing bylaws and ensure there is transparency. If the PPP model has to work, then the rights must be uniform and there should not be any discrimination between the formats in the outdoor industry.

But in effect I would say that there is no reason why the existing bylaws need to be changed. Also, the ban has more to do with BBMP lethargy and inefficiency of the local bodies.

So how is the industry countering these issues raised by the BBMP?

As far as the industry is concerned, it is ready to do business, and the players are just waiting for the ban to be lifted. They are just demanding their fundamental rights to do their business, as granted by the Constitution of India. Actually, looking back, even the oldest bylaw going back to 1950, did not have issues with hoardings. After all, advertisement is all about promoting products, businesses and services. So why raise an issue now?