Airport is capable of delivering ‘filtered’ audience because the distant alternative to air travel may be at least ten times cheaper. All the flyers therefore may generally be categorised as ‘affluent’ consumers having decent disposable income 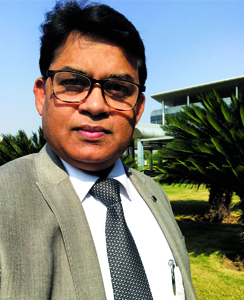 Media provides an aperture into the minds of the TG. Marketers transmit and implant their marketing messages in the minds of their TG through this aperture. This opening is called the ‘media aperture’.

Media aperture is defined as that moment in the life of a TG when she is most ‘susceptible’ to receiving a marketing message. The emphasis is on being ‘susceptible’, because at most other occasions the TG is either busy or is in message avoidance mode.

Lastly, state of mind also has two dimensions – ‘what kind of state of mind is induced and created by the editorial environment or destination environment’ and ‘what is the internal state of mind or emotional profile of the TG’ at the time of exposure to the message.

Once we understand the above framework and the mechanism of how media helps in transmission of message to the TG, we can delve deep into examining for ourselves as to how would any of the media work. The scope of this article allows us to examine the attractiveness of airports as media destination and what makes them premium media destinations for brands.

Airport is capable of delivering ‘filtered’ audience because the distant alternative to air travel may be at least ten times cheaper. All the flyers therefore may generally be categorised as ‘affluent’ consumers having decent disposable income. Marketers want to talk to and influence the consumers who essentially have the ‘capacity to buy’.

Among all the OOH media formats and destinations, airport becomes most premium because most of the important parametric data helping us to ascertain the Gross OTS or GOTS are available in the public domain, often vetted by an independent authority. Data regarding the number of flyers, the number of flights, destinations served, etc., is available for each airport on various websites of the civil aviation ministry and allied organisations.

Let us examine the airport as a media destination on the constituting factors of ‘media aperture’ with an effort to appreciate for ourselves how and why airports emerge as premium media destinations.

Airport, in terms of place, embodies a ‘definite purpose for congregation’ of the passenger-audience. That purpose is travel. A defined purpose of aggregation puts the passenger-audience in a definite psychographic mould. Psychography is also defined as the ‘predominant mental preoccupation’. Since OOH media are demography neutral but critically dependent on psychography, a well-defined psychographic profile hugely enhances the possibility of dissemination of right message for eliciting a desired response.

As a place, an airport has stringent security checks through which each passenger-audience herself passes through that helps her lower her guards. Once that happens, she becomes more permissive and more indulgent in the surroundings. The sanitised environment makes her feel secure and everything around her starts to look credible and trustworthy.

Airport as a media destination hugely imparts this source-credibility to the advertised brands. Marketing messages become so much more believable! It is no surprise that research has proved that airport advertising enjoys very high reference-quotient as passenger-audience believe in their credible.

Airport is a premium media destination because it is capable of aggregating and delivering audience which is filtered, audited and indulgent yet actively participating with its surroundings and eager to look around and take away the messages as she hugely trusts the ambience. Such media environments are the dream of the marketers.  It is needless to say that a happy TG is all that the marketers want!

Time is another major luxury for the passenger-audience as well as the marketers, at an airport.

Once people have finished all their check-in and frisking procedures they are ushered in the SHA (security hold area) where all the people who are present have gone through a stringent security-check. In the SHA the passenger-audience has a lot of time for indulgence and for looking around. This affords the premium audience a lot of ‘me time’. This audience is eager to be entertained and actively scans the environment. Advertising is generally watched very keenly by the airport audience. It is no surprise that top two percent of the richest and most successful people in the world – generally not accessible to most other media – are reachable by the airport media. Lastly, the state of mind of the passenger-audience at an airport is generally very positive, very relaxed, interested and indulgent.

Because her main purpose is to travel out of the city, a passenger-audience at an airport is generally in a relaxed state of mind. She is through with her business at this destination and is yet to launch her enterprise in the destination-next; airport truly becomes a beautiful ‘comma’ in her life. This opens up that proverbial moment when she is most susceptible to receiving marketing messages.

By way of conclusion we see that airport is capable of aggregating and delivering the attention of premium audiences who display a defined psychographic profile, defined demographic profile and defined geo-demographic profile. It is hugely notable that whereas OOH media generally aggregate the attention of local audiences, airport is the only OOH media destination which is capable of aggregating and delivering non-local audiences. Above all else, airports are premium media destinations also because ‘cities speak through their airports; in the way they welcome you, tell you about everything the city has to offer… and bid you goodbye!