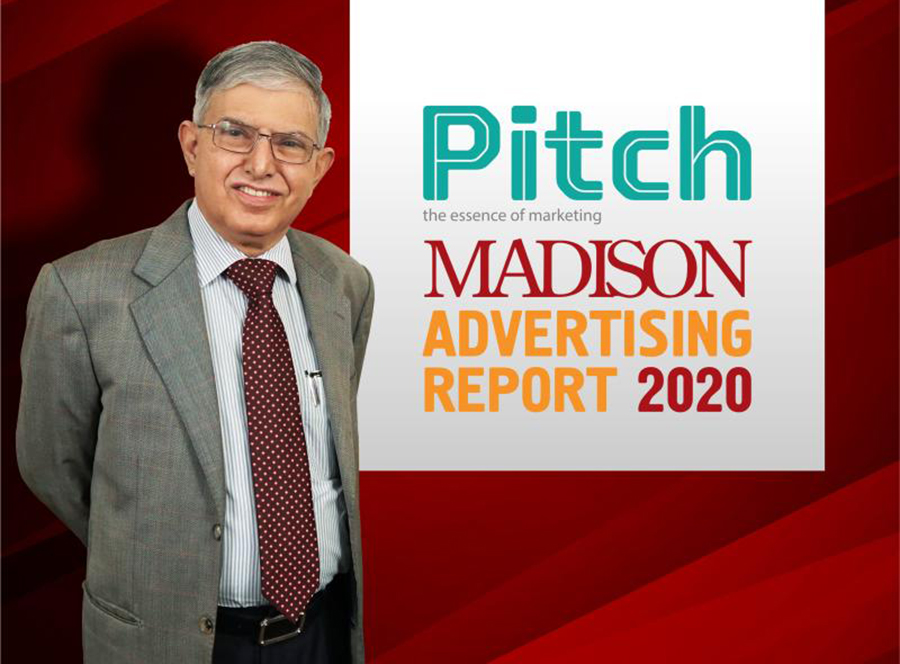 The highlights of the Pitch Madison Report H1 2020 presented by Sam Balsara, Chairman, Madison World in a webinar held on August 18 are:

Sam Balsara, Chairman, Madison World, said, “We are bullish in our forecast for H2 2020. We believe advertisers will return to Adex in full form by Q4 to take advantage of the festive Season. Enlightened advertisers know that they cannot risk being off advertising for risk of losing market share, since the share lost is expensive to regain. Media owners are well advised to be nimble and flexible with existing advertisers and spare no effort in helping local and regional brands become national Brands and help hitherto unadvertised Brands taste the power of advertising”.

Impact of pandemic on Indian Adex in Q2


Key findings of the report