The data says that a rise in movement trends has been tracked in the areas such as retail and recreation, groceries and pharmacies, parks, transit stations, workplaces, and residential

Google has released another report on mobility data for the Unlock Phase 1, gathered until June 23 this year. It gives insight into movement trends over time on the basis of geography, across different categories of places such as retail and recreation, groceries and pharmacies, parks, transit stations, workplaces, and residential areas. Each community mobility report data set is presented by location, and shows the percentage change in visits to places like supermarkets and parks within a geographic area. In Google maps, they have used aggregated, anonymized data showing how busy certain types of places are, which is helping to identify when a local business tends to be the most crowded.

Highlighting the overall scenario of the country which is still grappling with the effects of Covid19, the people movement to retail and recreation which includes restaurants, cafés, shopping centres, theme parks, museums, libraries and cinemas see a huge gap with 56% down as compared to the baseline, that is, median value, for the corresponding day of the week, during the five week period this year, between January 3 and February 6.

The public transport such bus and train stations have seen a bit of improvement and also the workplaces. But still both remain lower at 36% each. While there has been a positive uptick in the people movement trend spotted in residential areas with 15% rise and 3% increase in supermarket and pharmacy segment. 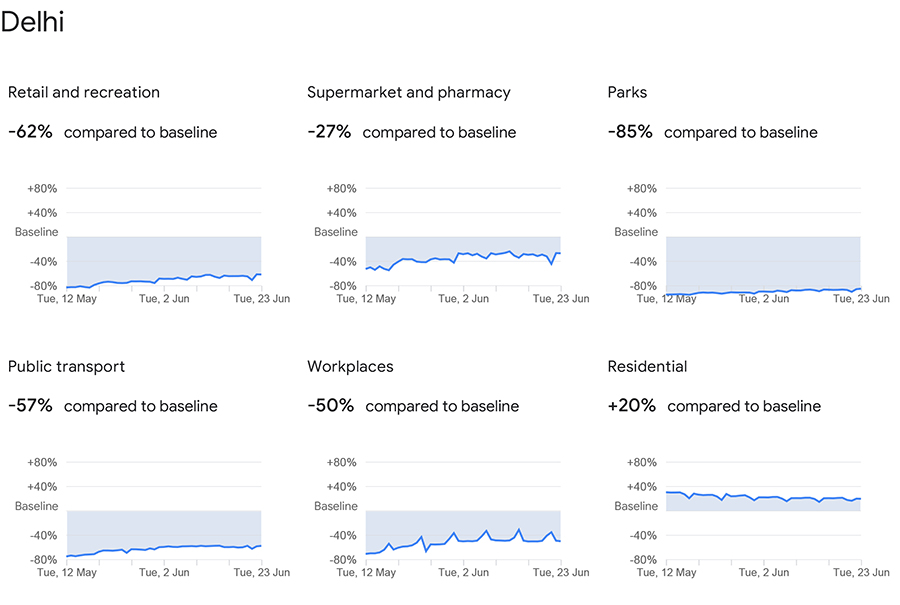 In Delhi, with the growing number of cases and containment zones, the retail and recreation touchpoints are 62% down along with parks, which is 85% below the baseline. As the Delhi metro remains un-operational, the public transport is at 57% down and workplaces, still continuing the trend of work from home remains lower with 50% and supermarket and pharmacy at 27% fall. However, the residential areas have improved with a 20% gain in the people’s movement with some ease in restrictions. 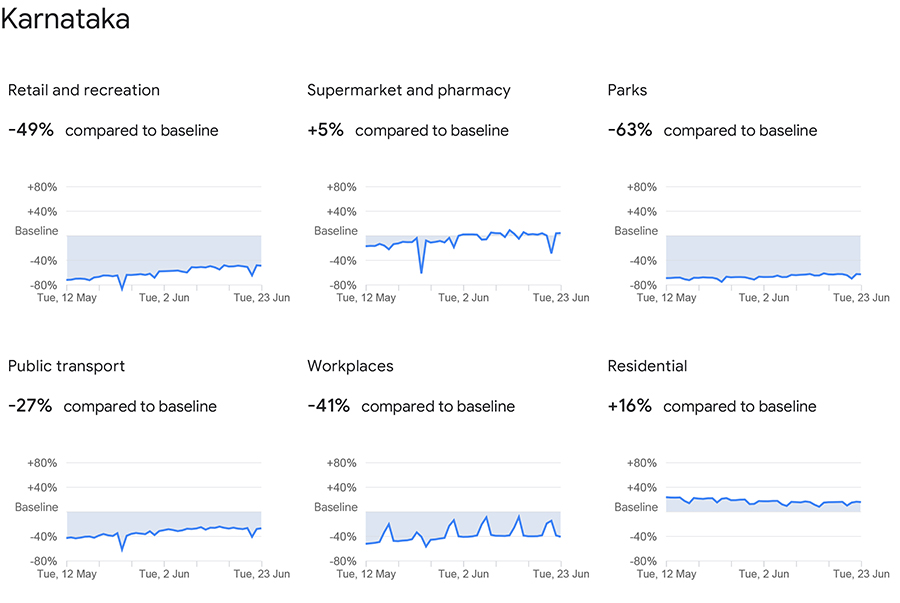 Karnataka, which saw a better control in the spread of infection earlier, subsequently prompted the people movement across the state. With residential places gained with 16% and supermarkets and pharmacies with 5%, the state saw a better ratio of the masses opting for public transport touching the marginal base with 27% down wherein the workplaces remained under 41% decrease and highest dip in parks with 63%. 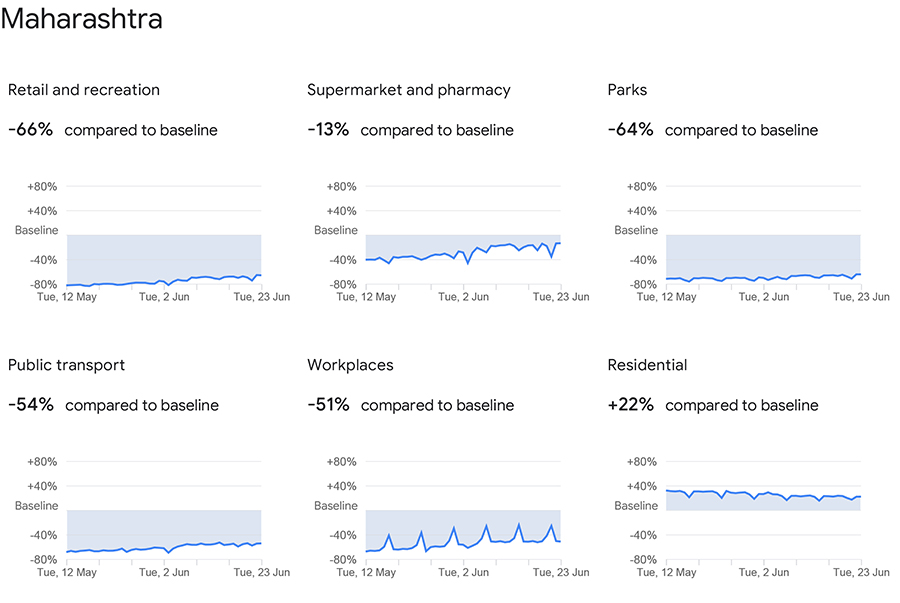 Lastly, Maharashtra, a state with the highest number of cases reported and announced another set of strict lockdown, sees a positive ratio coming only in residential touchpoint with 22% compared to the baseline. Due to the strictness imposed by the state government, the public transport remains as low as 52%, retail and recreational touchpoint under 66%, workplaces under 51%, parks under 64% and supermarket and pharmacy merely below 13%.