Price cut of media sites to bring brands back on OOH, says poll conducted by Media4Growth 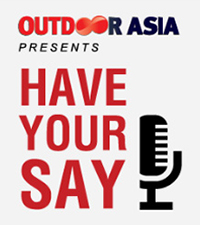 A July 20 poll, conducted by Media4Growth under its initiative ‘Have Your Say’, has revealed that as per majority of OOH industry concessionaires, reduction in the prices of outdoor sites will benefit the industry in getting back its business on track.

The poll said that 62% of total respondents believe that cut down in the rates of sites can be a useful measure to attract brands to spend on OOH medium again. While, 15% disagreed with the idea and rest 23% weren’t sure whether it will help.

Also read: What does poll conducted by Media4Growth say?

If we look back in OOH history, this has been one of the common practices followed by media owners in order to survive in times of crisis. During 2008 global financial meltdown, the Indian media owners had to sacrifice their profits and reduce the rates of their sites to 60% to bring advertisers back on outdoor medium.