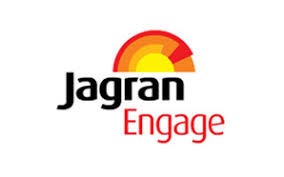 Three of the stations – Vidhansabha, Hazrat Ganj and Hussain Ganj -- are underground. The format options available to advertisers are a combination of backlit, digital and frontlit media which will be installed inside the station, across the track panels, duct panels and on metro pillars. Phase 2 covers prominent areas of the city such as Hazrat Ganj.

Commenting on this new win, Pawan Bansal, COO, Jagran Engage said, “It is an honour to collaborate with the LMRC in creating one of the most effective and aesthetic media vehicles in Lucknow. This is perhaps the biggest outdoor media contract awarded to any organisation in UP. The state capital is poised for explosive growth and this acquisition augurs well for us as we foray into tier 2 & 3 markets. With this, Lucknow will perhaps become the largest revenue generator for the OOH frim and we are extremely buoyed by this acquisition.”

Referring to the success of media business in the Phase 1 network of LMRC, Pawan said the company drew various reputed brands on board, of which V Mart’s complete branding of the Charbagh station was one of the highlights.