The municipal body has decided to implement the anti-defacement rule on public and private properties with effect from January 1, 2017 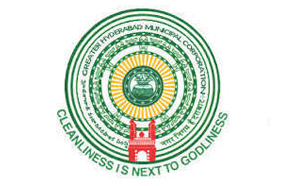 The Greater Hyderabad Municipal Corporation (GHMC) has taken firms steps to root out wall writings, illegal hoardings, flex boards, cut-outs of political leaders and banners in the city of Hyderabad. In a review meeting conducted last week, the municipal body decided to implement the anti-defacement rule on public and private properties with effect from January 1, 2017. A Times of India report states that the meeting was conducted GHMC mayor B Rammohan and commissioner B Janardhan Reddy with representatives of various political parties.

GHMC is also reportedly conducting a field survey to assess the number of illegal hoardings that up in the city. Instructions have apparently been given to deputy commissioners to conduct such meetings at circle levels with all the political parties concerned for strict implementation of the new rule. The new curbs are also expected to cut down waste generated in the city.