The concept was to grow popularity of Neon Signs in the country that surround consumers with unique and ubiquitous visual impact.

Canon India Pvt. Ltd., executed a first-of-its kind Out-of-Home initiative in India. Proving its reputation as a technology innovator, Canon India went a step further by setting up unique Neon Signs at International Airports in New Delhi, Bengaluru and Mumbai. The campaign was designed by advertising giant, Dentsu India. The concept was to grow popularity of Neon Signs in the country that surround consumers with unique and ubiquitous visual impact. 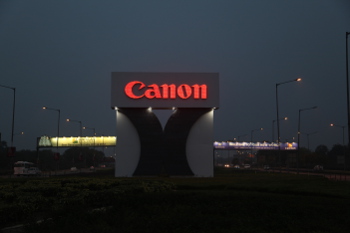 Kazutada Kobayashi, President and CEO, Canon India, said, "Today, we have pioneered the'Out of Home Media' initiative by launching the Canon Neon sign at specific locations in three major cities of India becoming the first Japanese company to create such a major launch in India. This is part of our growth strategy for 2013 to create a powerful brand recall for our customers. This would be the first strategic step to create a positive image for the Brand as well as the Company.â€
Dr. Alok Bharadwaj, Executive Vice President, Canon India said, "An example of innovation and digital expertise, the Neon signs will help Canon stand out as a company which drives innovation in every aspect of its business - be it product or marketing. Initiatives like these also help improve the brand awareness and are an assurance of the long term commitments.â€
Tags : Canon
Advertisement