Home » Viewpoints » ‘OOH is a key part of Mangaluru cityscape’

‘OOH is a key part of Mangaluru cityscape’

Mohamad Nazeer, Commissioner, Mangaluru City Corporation talks about the various initiatives taken by the urban local body to open up and regulate outdoor advertising in the city 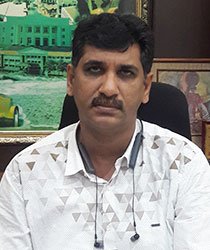 How important is outdoor advertising to the city corporation’s overall revenue mix?

Mangaluru is the second largest city in Karnataka, and has a robust outdoor advertising business. There is lot of potential as far as OOH is concerned. In addition to traditional media formats such as hoardings, digital screens have added to the OOH market share.

There are around 300 big hoardings erected on public land, while private lands hold almost 1,500 hoardings. There are some 15 digital hoardings stationed in the city, placed at strategic locations; another 50-60 digital hoardings will be put up in the six months. Both the properties, like static hoardings or bus shelters and digital are under the PPP model, located in the corporation lands. This works on the basis of rent-on- Lease and the revenue sharing model between the corporation and the media owners. Under the PPP model, the tender bids are on the basis of lease by the Corporation on y-o-y basis. In general tender, the highest bidder shall have the advertisement rights.

Can you take us through some of the steps you have initiated to promote outdoor advertising in the city of Mangaluru?

The Detailed Project Report (DPR) under PPP mode has a Code of Conduct, which is being prepared and the general tender for PPP is already in the pipeline. It will take another four months to issue the reports. The spaces for bus shelter shall be given out to private agencies for executing advertising campaigns. The major OOH players operating in the city are Kalkura.

The locations of the bus shelters are divided into A, B, C and D zones out of which A Zone comprises 25k-40k sq. ft. for commercial displays. The prime locations are bus shelters located in Central Business District (CBD).

As per the state government policy, the city Corporation takes into account that plastics or flex should be replaced by cloth which is an eco-friendly and organic product that can be decomposed. According to the orders laid down by the government, before elections and during the local religious rituals, the city corporation has pulled down the display of more than 1000 banners and buntings that were causing pollution and other environmental hazards.

Do you see any issue with regard to unauthorised media?

City Corporation ensures that outdoor property owners are registered with the authority. Unauthorised hoardings are removed and a penalty of Rs 10,000-50,000 is imposed on the unauthorised media property holders. During the election tenure, the penalty for holding such unauthorised hoardings increases in number. Therefore, during this time, the buntings and hoardings have been removed within 24 -48 hours and a complaint has been lodged against those who have flouted the rules.

Do you think outdoor advertising can play a more proactive role in Mangaluru city development?

As the outdoor market is in the mode of expansion, outdoor advertising can play a major role in the city because without public messages and commercial displays it becomes difficult to reach the masses. Both the commercial and government campaigns should be displayed for the interest of the public. For any government campaign where people’s participation is required, advertisement, especially OOH, plays a positive role to reach out to audience at large utilising 360-degree communication.

‘OOH enhances the visual appeal of the city landscape’

‘Smart transport will change the media landscape of Kolkata’