Home » Viewpoints » ‘New OOH avenues will come up in Kochi’

‘New OOH avenues will come up in Kochi’

Soumini Jain, Mayor, Kochi, sees a more broad-based role for advertising firms in the city’s development in the coming times 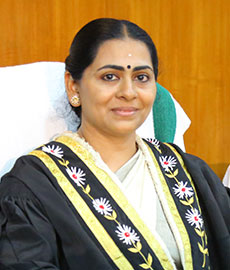 OOH advertising is seen to play a catalytic role in urban development in different cities. What steps have been initiated by the Kochi Municipal Corporation to engage the OOH industry in this regard?

Some years back, Kochi Municipal Corporation had a long and detailed discussion with the advertising firm JC Decaux, which had approached us with a long-term Indo-French project. That discussion paved the way for developing advertising avenues in public spaces like new bus shelters. However, that did not work out very well as there was not much space available in the city then. But the scenario had changed since.

Currently the corporation is working on new projects for public space improvement and planning for urban roads under the smart urban transport project. Once the corporation executes these projects, the city will have adequate space for outdoor advertising. For an instance, quite a number of metro rail pillars, which are the media properties of Kochi Metro Rail, have been tendered out for advertising. Likewise, the corporation will develop commercial space for signages on a model road for a stretch of some 4.5 km to 6 km on the Sahodaran Ayyappan Road, popularly known as S.A Road.

The City Corporation is also planning to come up with more bus shelters in the next two years and several others will be renovated. We are also planning for proper pedestrian parkways and advertising spaces.

At the same time, the Corporation is taking steps to remove unauthorised billboards and other such media. We are planning to provide dedicated spaces for public and commercial advertising along with the development of public infrastructure.

A model road is also planned near Shanmugam Road where new bus shelters will be built. Even the Vytilla Mobility Hub has advertising media space. The Corporation has planned for bus bays where again there will be space for advertising signages.

The Kochi Municipal Corporation welcomes international advertising agencies like the ones that have already approached us for creating public amenities that have advertising assets too. As a smart city, Kochi is changing fast and will offer many more avenues for outdoor advertising.

In what ways is the Kochi Municipal Corporation keeping a check on unauthorised media?

Sometime last year, the High Court of Kerala directed the state government and other Local Self-Government (LSG) to remove unauthorised hoardings and billboards in public spaces in the city. The HC admitted that the hoardings and billboards were erected in public spaces without the LSG authorities’ permission and that caused inconvenience to the public, besides impeding the free flow of traffic. Following the HC’s directives, the City Corporation removed all kinds of public displays including promotions related to religions, and political parties.

These moves have helped the outdoor media firms in a big way as their media assets have become more visible on the roads and stand out in a clutter-free area. The Kochi outdoor advertising association is appreciative of our efforts in this direction.

Is the City Corporation open to more digital OOH media being used in the city?

Currently, at the Vytilla junction there is a large digital media for advertising, which is very prominent. The corporation will look at creating more avenues for digital OOH in the coming times.

By and large, outdoor advertising in the city is growing in tandem with the development of Kochi city.

‘Conventional OOH strategy will be helpful to reach masses’