In this report, the agency has examined the organized industries functional in the orange and green districts across the country

Following to their previous report on how the Green and Orange districts in India has an opportunity by which the Indian Economy can make a comeback, Laqshya Media Group has launched a sequel report highlightingindustrial and manufacturing hubs in these districts which can contribute to the country’s GDP, in sync with The Prime Minister’s vision for ‘Atmanirbhar Bharat Abhiyan’.

23 districts changed zones since Laqshya media group’s last report. Of these 23, Angul in Odisha transitioned from Green to Red, while 22 districts went from Green to Orange. In this report the agency examined the organized industries functional in the orange and green districts across the country.

The population of the orange and green districts added up to nearly 70% of India’s total population and accounted for nearly 65% of the country’s GDP.

There are 29 major manufacturing hubs in 22 Green districts, out of a total 68 industrial districts, in 14 states. The hubs include Raigarh, Jamshedpur, Bhilai, Digboi and Kochiand the industries range from Cement, Chemicals and Petrochemicals to Fertiliser, Iron & Steel and Mining.

Another positive news is that all manufacturing hubs in 20 major states like, Gujarat, Uttar Pradesh, Karnataka, Tamil Nadu, Kerala, Madhya Pradesh, West Bengal, etc., are either in the green or in the orange districts. But Maharashtra remains the worst hit state with only 4 out of 16 industrial hubs in the Orange zone. 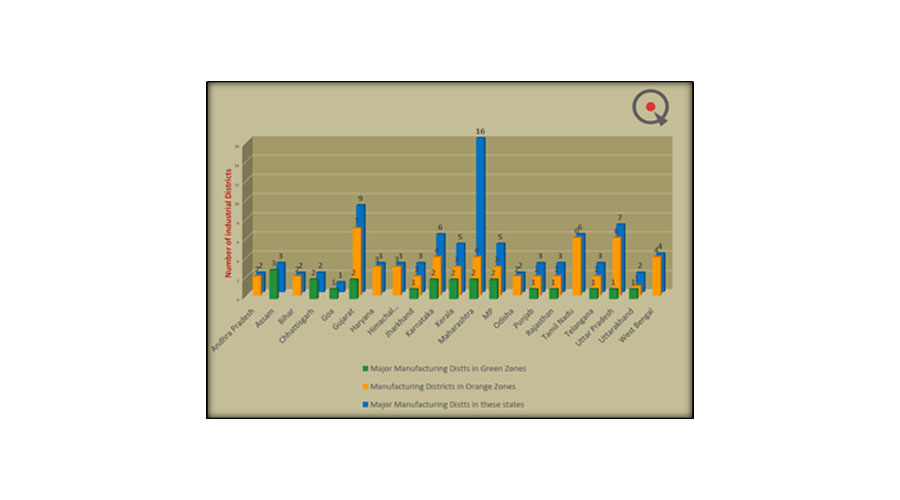 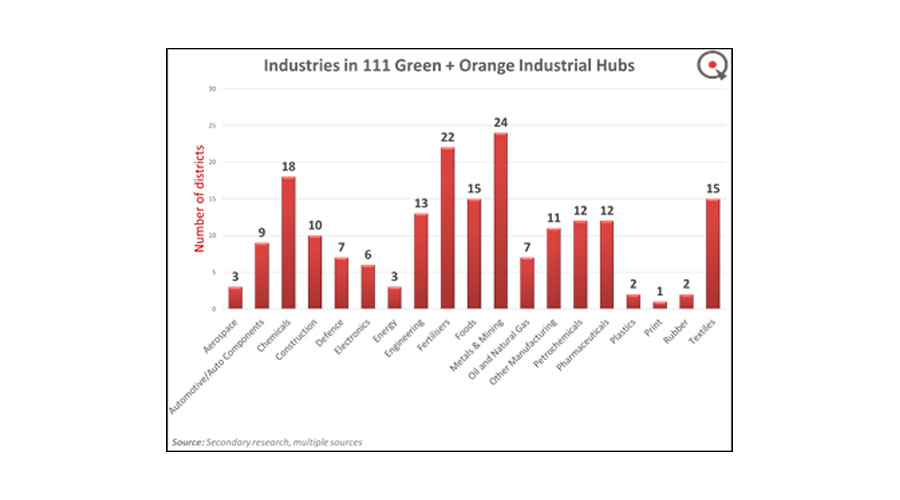 Even as Coronavirus cases in India continue to surge, with a total tally of over 1.18 lakh cases and a death toll of 3,580, Laqshya media group is trying to find the light at the end of the tunnel. The objective of publishing this report is to study the industries in the Green and Orange districts to understand the source and scope of recovery in the economy.