She has been instrumental in launching Sony MAX, revolutionizing the content of Sony Entertainment Television and others 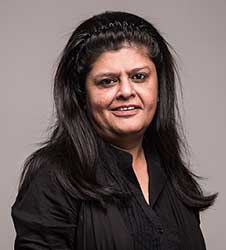 Sneha’s contribution to the organization has been immense. The line-up of her illustrious achievements is long. She has been instrumental in launching Sony MAX, which is India’s leading movie channel, revolutionizing the content of Sony Entertainment Television (SET) with shows like Bade Acche Lagte Hai, Kuch Toh Log Kahenge, Parvarish etc., and then propelling a multitude of Hindi movie hits with the production of Piku, Azhar, Mubarkaan and Soorma. She has also led some of the industry’s firsts like the iconic cricket wrap-around show ‘Extraaa Innings’ with a female presenter for the first time ever and created television history not only with the ratings but how cricket began to be consumed in this country.

In addition, Sneha has played a valuable role in shaping the diversity agenda of SPN, enabling an inclusive work environment.

N.P. Singh, Managing Director & CEO, Sony Pictures Networks India (SPN), “At an organizational level, Sneha’s contributions have been game changing. She has successfully chaperoned the organization’s growth from launching Sony MAX, India’s leading Hindi movies channel to leading our flagship channel, SET, and establishing SPN’s theatrical division – SPNP and many more. She has been an active crusader for dignity and has led the diversity team at SPN, shaping the organization into a truly inclusive workplace. Her dedication and commitment to the organization’s cause has been unflinching and symbolic of her loyalty. Sneha’s exit later next month will leave a large void in SPN’s management team. My best wishes are with her.”