Awarded by Land Port of India, the OOH company is given rights for Kartarpur Passenger Terminal for 3 years 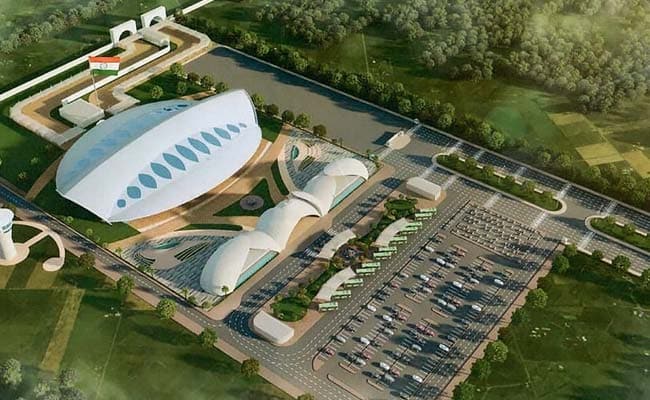 A leading media owning firm, Orango Solutions adds a remarkable milestone in its achievements by bagging an exclusive right for Kartarpur Passenger Terminal built to travel to Kartarpur Corridor. The state-of-the-art passenger terminal building will allow pilgrims to travel from the Dera Baba Nanak in India’s Gurdaspur district to Gurdwara Darbar Sahib at Kartarpur in Pakistan, the final resting place of Guru Nanak. Considering, the on-going cold-war between India & Pakistan, the Kartarpur corridor is an initiative for peace from both neighboring countries and also this is one of the rarest occasions where advertising rights have been awarded for across the border.

Awarded by the Land Port of India, the media owning company has been given the rights for next 3 years where they have been entitled to manage advertising inside and outside the terminal, along with managing VIP lounges available inside the terminal and Protocol Services for VIP handling at the terminal. Inaugurating on the auspicious occasion of the 550th birth anniversary of 1st guru of Sikh community i.e. Guru Nanak Devji, almost 5000 people will travel per day from India.

The terminal is an extended part of the transit media which is given the same treatment in terms of designing and facility like an airport. Located at a central area, the terminal has Amritsar and Sultanpur Lodhi as two important adjoining cities. The holy place, much in the news, is expected to be visited by a huge number of Sikh followers residing within India and different regions of the world.

The advertising mandate has been issued a few days ago to Orango Solutions where they are planning to install premium quality of media. The corridor will be inaugurated by PM Narendra Modi on 9th November after which the travel of pilgrims will begin. Also, former PM Dr. Manmohan Singh is going to attend the inauguration ceremony organized at Sultanpur Lodhi main event. Many corporates as Govt. Institutions are eyeing to have their media presence wherein a huge gamut of NRIs are expected to visit shrine throughout the year

Passenger traffic up at Srinagar airport