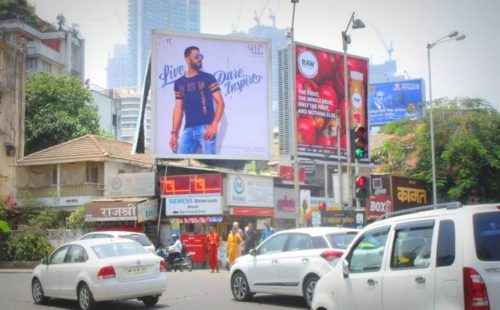 After much ado, the Brihanmumbai Municipal corporation has finally approved the new outdoor advertising policy which is further submitted with the state Government of Maharashtra for the final approval.

The new policy provides for strict guidelines aimed to reduce the advertising clutter in the city of Mumbai, such as, 100 meters distance to be maintained between each site. There shall be no cluster of sites at prime locations or rooftop sites. As expected, the ad policy is in favour of DOOH which permits Digital LED display screens for advertisement in controlled environments like malls, cineplexes, corporate parks and around fuel refilling stations.

Commenting on the development in an exclusive conversation with Media4Growth, Anand Laxman Wagaralkar, Joint Municipal Commissioner (Special) of MCGM, who heads the licensing department said, “The policy allows digital display screens at specific locations, while simultaneously focusing on the removal of clutter of sites. draft has been submitted to the Urban Development department for the final approval.”

However, the joint commissioner did not comment on the matter of rooftop hoardings, whether the existing rooftop hoardings will be allowed to be in business until their license tenure run outs.

With the state government ushering in green governance, the ad policy promotes use of solar panels for illumination of hoardings with a 10% rebate on the original license fee for hoardings that have solar panel. The rebate is also extended to sites that have CCTV cameras to support BMC’s disaster control surveillance. Some rooftop units in Mumbai not pleasing to the eye