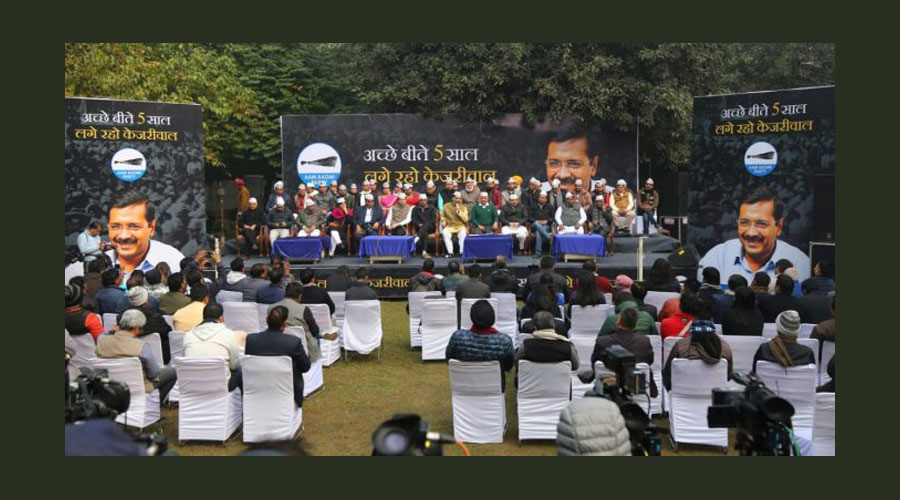 The Aam Aadmi Party (AAP) is launching a new multi-media campaign for the party’s messaging ahead of the upcoming Delhi Assembly polls. The campaign is themed as ‘Acche Beete Panch Saal, Lage Raho Kejriwal’ (The last five years went well, keep going Kejriwal).
The AAP campaign is expected to have a visible OOH presence in the capital city. The AAP campaigns tend to be executed on large formats on the arterial routes as well as transit formats like autorickshaw media, Delhi Metro media and bus media.

The AAP party had roped in poll strategist Prashant Kishore’s I-PAC agency to conceptualise the campaign. It may be recalled that Prashant Kishore was instrumental in creating the popular show ‘Chai Pe Charcha’ with Prime Minister Narendra Modi.