Specific creative messages could be targeted to specific locations, increasing the relevance of the messages to local audiences 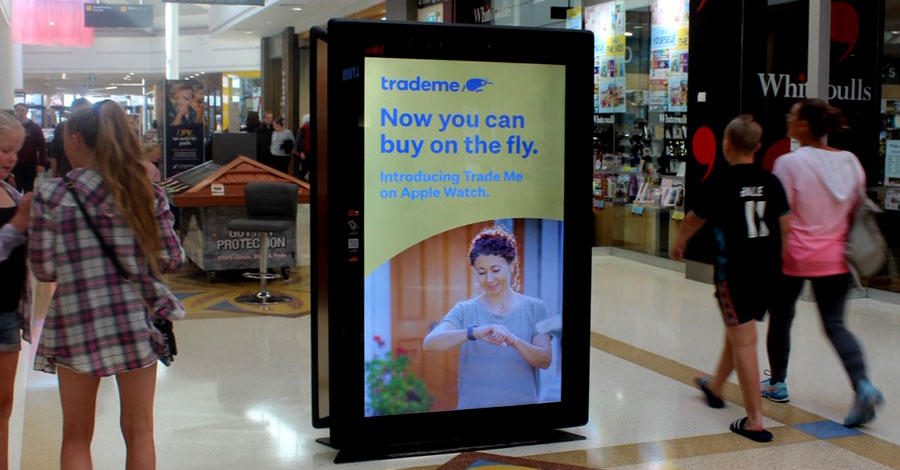 For Trade Me, oOh! in collaboration with MBM, gave the country’s largest online marketplace, which has 600 million interactions annually and over 7.5 million listings, the ability to produce and exhibit advertising across oOh!’s network of DOOH formats in real time from their office to ensure immediacy in their content and demonstrate the scale of the Trade Me platform to consumers.

This was made possible through the development of an industry first online ad server that gave Trade Me the ability to build an infinite number of unique ad creatives immediately from scratch using multiple templates. The ad server’s preview setting allowed the Trade Me team to see how each message would render on a range of DOOH formats.

The multiple pieces of creative content could then be sent to oOh! in real time via a feed to be seamlessly displayed across the oOh! network of Retail, Study and Street Furniture screens. The ad server also acted as a centralised content distribution system, delivering creative messaging to third party OOH suppliers as well. 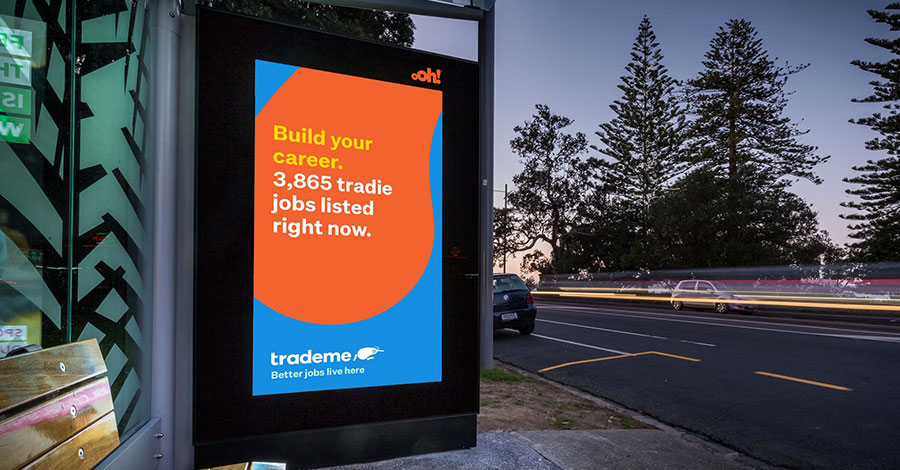 oOh!media Head of Sales for New Zealand, Ben Gibb, said the benefit of immediacy was further enhanced with the ability to target specific creative messages to specific locations, increasing the relevance of the messages to local audiences.

“This campaign demanded an entrepreneurial spirit to deliver a solution that combines the benefits in immediacy of digital media with the traditional strengths of OOH as a broadcast location-based media channel. oOh!’s solution was certainly the answer and is truly ground-breaking for the sector– optimised for creative flexibility across a range of unmissable OOH formats and locations to connect with Kiwis all across New Zealand,” he said.

“It required a leap of faith from the client’s perspective, and we are really excited to have pushed the boundaries and ultimately created a technology that can be used across the entire sector.” 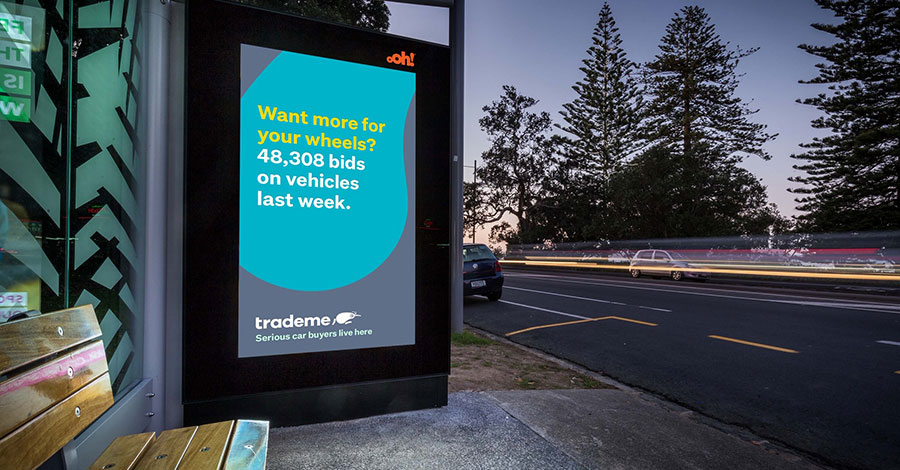 General Manager of MBM Wellington, Annabelle Wilkinson, said the campaign challenged their perception of OOH and revolutionised their advertising methods. “In just four months, this tech solution enabled 156 different creative messages to be deployed, we built all the templates in house, used internal copy writers and avoided the usual costs incurred with production and the dispatch costs associated with multiple executions of outdoor advertising,” she said.

Acting Chief Customer Officer of Trade Me, Regan Savage, said the campaign was a great collaboration between MBM, oOh! and Trade Me. “We've broken down a barrier in the world of outdoor media and production, and the team at Trade Me has got a real buzz out of being able to go from idea to live advertising in a matter of a few minutes. We can be as topical as we like, whenever we like. This is great for a brand that in any given week, is helping two million Kiwis buy, sell and trade cars, houses, jobs, furniture, clothing or just about anything,” he said.

The industry leading technology was recently acknowledged at the 2019 Beacon Awards, with the initiative winning Gold for MBM in the ‘Best Use of Technology’ category, which recognises the importance of technology in driving media innovation and particularly where technology has driven the development, implementation and outcomes of a campaign that connected a target audience.