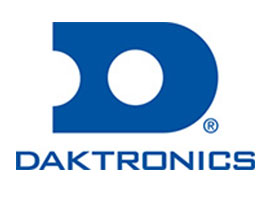 Daktronics has announced its move to launch its own LED street furniture solution, which will feature 2.9-millimeter line spacing for OOH advertising. It will also soon unveil its Optica series of outdoor displays and a double sided digital banner as well, according to a press release.

The Optica series comes with 0.9-millimeter line spacing for improved outdoor brightness levels at close viewing distances. Daktronics' double sided banner is 64 percent thinner and 40 percent lighter than its previous models, according to the release.

Lori Sieler, product manager, Daktronics has pointed out that "not only is this product [LED street furniture] higher resolution, it also features a high-efficiency design that balances sun-cutting brightness with low power consumption."