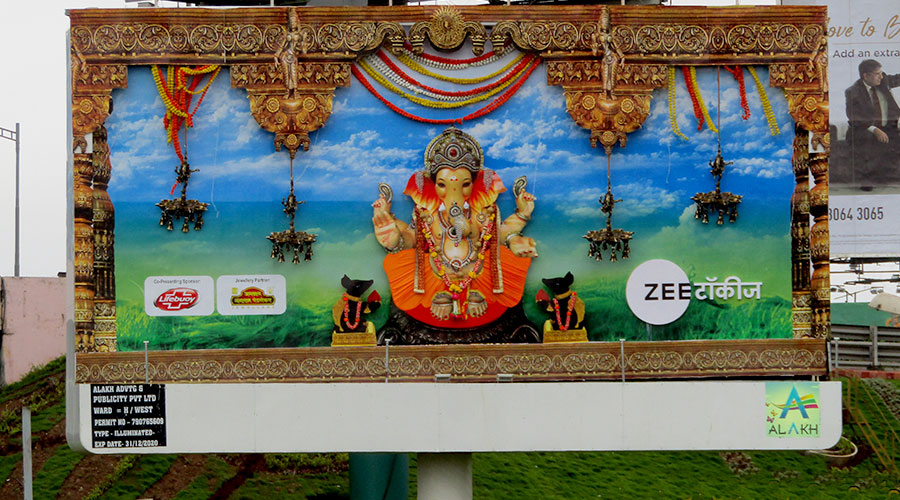 In association with Alakh Advertising & Publicity, Zee Talkies, the Marathi television channel broadcasting Marathi movies by Zee Entertainment Enterprises, made this Ganesh Chaturthi extra special by giving a wide platform for the Ganesh ‘Sathapana’. In order to connect with their Marathi TG, the brand spruced up a 40/20 billboard located at Mahim Causeway with all the rituals associated with the festival. 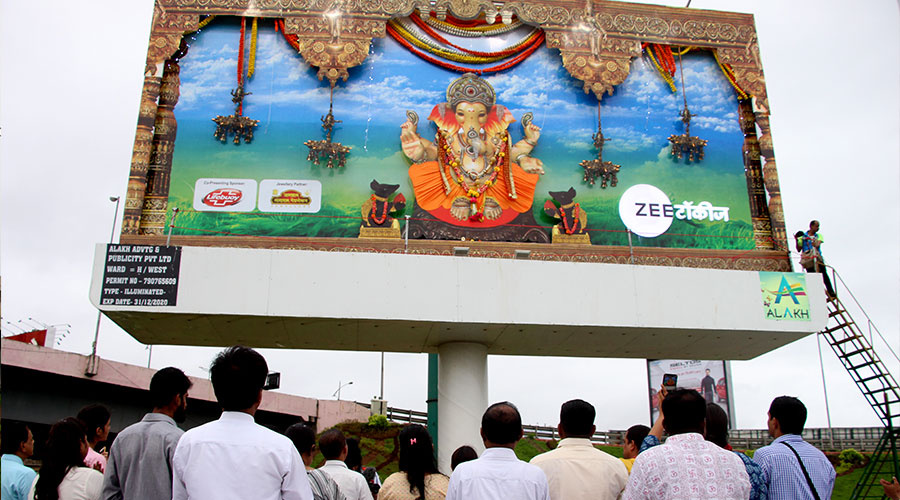 The 9 day campaign began with a two-day teaser campaign that built up buzz amongst Mumbaikars and finally culminating in a decked up site unveiling the grand Ganesha image embellished with garlands, clothes, etc.

The feel of the festival was further amplified through a live ‘aarti’ on the hoarding. Popular Marathi actress Shreya Bugde performed the ‘aarti’ right on top of the site with the necessary rituals. Alakh Advertising & Publicity, which owns the sites, had taken the necessary safety precautions for everyone going up on the site. ‘Dhol & nagada’ further amplified the spirit of the occasion. The entire show ran for 4-5 hours.